Anheuser-Busch Inbev is the largest global brewer with nearly 25% global market share and one of the world’s top five consumer products companies. On 18 November 2008, the combination of InBev and Anheuser-Busch closed, creating Anheuser-Busch InBev. They produce popular brands of beer such as Stella Artois, Beck’s and Budweiser. 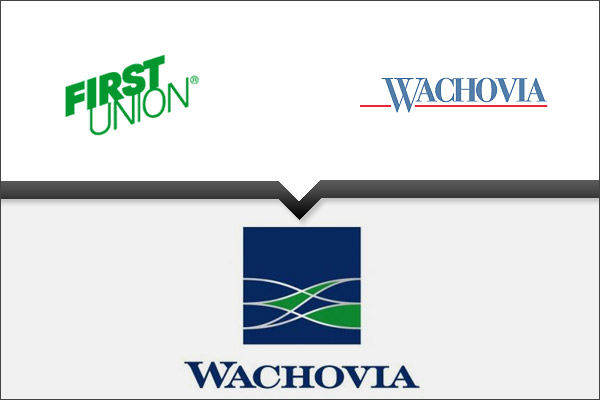 Wachovia provides a broad range of banking, asset management, wealth management, and corporate and investment banking products and services. It is one of the largest providers of financial services in the United States. 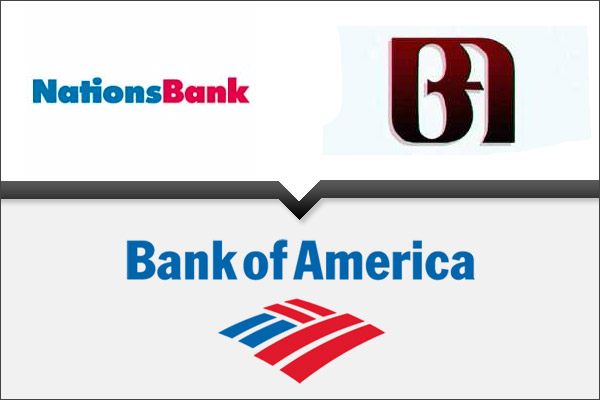 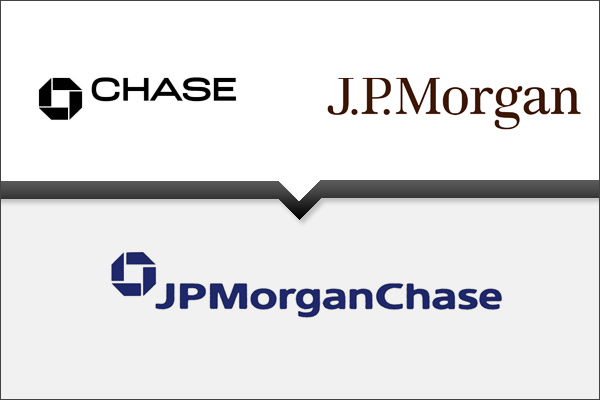 JPMorgan Chase is one of the oldest financial services firms in the world. It has operations in 60 countries. JP Morgan Chase is one of the Big Four banks of the United States with Bank of America, Citigroup and Wells Fargo. JPMorgan Chase, it its current structure, is the result of the combination of several large U.S. banking companies over the last decade including Chase Manhattan Bank, J.P. Morgan & Co., Bank One, Bear Stearns and Washington Mutual. 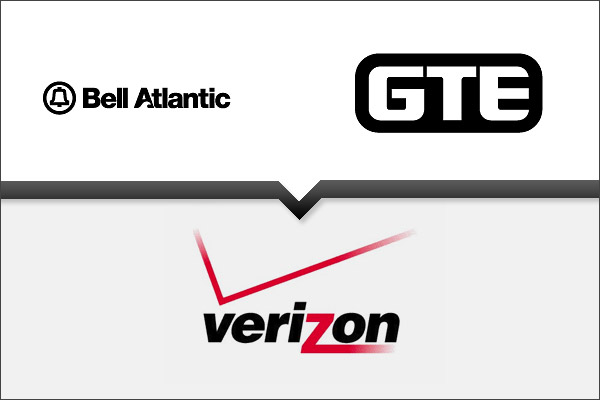 Verizon is an American broadband and telecommunications company. Bell Atlantic acquired GTE on June 30, 2000 and changed its name to Verizon Communications Inc. It was among the largest mergers in United States business history. 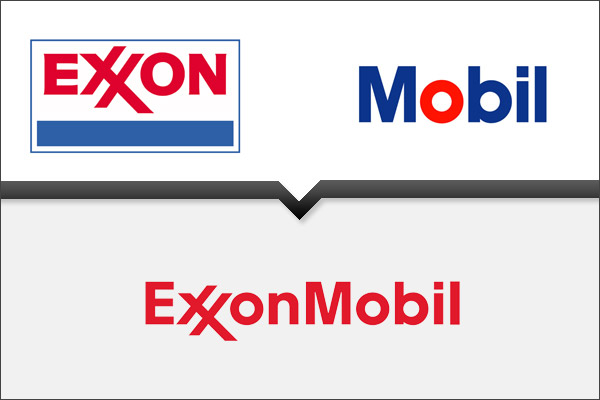 ExxonMobil is an American oil and gas corporation. It is a direct descendant of John D. Rockefeller’s Standard Oil company, and was formed on November 30, 1999, by the merger of Exxon and Mobil. ExxonMobil is the world’s largest publicly traded company when measured by market capitalization. 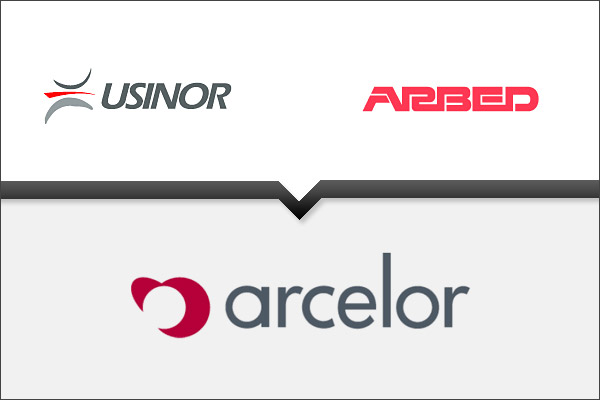 Arcelor was the world’s largest steel producer in terms of turnover and the second largest in terms of steel output in 2004. The company was created by a merger of the former companies Usinor (France) and Arbed (Luxembourg) in 2002. Arcelor is now part of Arcelor Mittal.

SquareEnix is a video game and publishing company based in Japan. It is best known for its console role-playing game franchises, which include the Dragon Quest series, the Final Fantasy series, and the action-RPG Kingdom Hearts series. The company was formed as the result of a merger between Square Co. and the Enix Corporation. 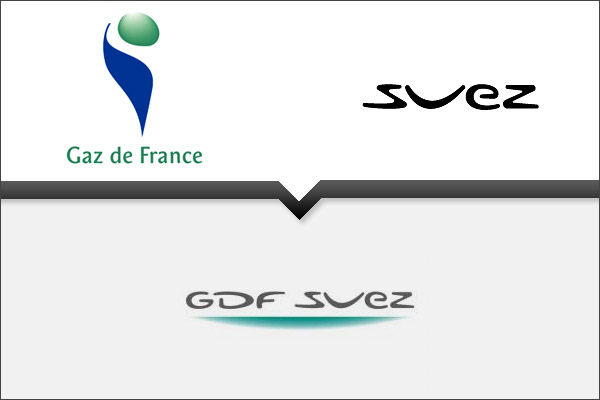 GDFSuez is a French-based energy company active in the fields of electricity generation and distribution, natural gas and renewable energy. The company was formed by the merger of Gaz de France and Suez on 22 July 2008.

Chevron Corporation is an energy company with headquarters in San Ramon, California, USA. The company is active in more than 180 countries and is engaged in every aspect of the oil and gas industry.

Standard Oil of California and Gulf Oil merged in 1984, the largest merger in history at that time. Under the antitrust regulation, SoCal divested many of Gulf’s operating subsidiaries, and sold some Gulf stations and a refinery in the eastern United States. SoCal changed the name to Chevron Corporation.

Commerzbank is the second-largest bank in Germany, after Deutsche Bank. The bank is mainly active in commercial banking, retail banking and mortgaging. The company’s headquarters are located in Frankfurt, Germany. Commerzbank was formed by the merger of Dresdner Bank and Commerzbank, keeping the name Commerzbank.

CenturyLink was created by the merger of CenturyTel and Embarq on July 1, 2009. It is the fourth largest local exchange carrier in the United States (below the Baby Bells) and the largest independent local provider, serving customers in 33 states and providing local, long distance, high-speed data and wireless services to residential and business customers.

Alcatel-Lucent is a global telecommunications corporation, headquartered in Paris, France. It provides telecommunications solutions to service providers, enterprises and governments around the world, enabling these customers to deliver voice, data and video services. The company has operations in more than 130 countries.

Statoil is a Norwegian energy company, formed by the 2007 merger of Statoil with the oil and gas division of Norsk Hydro. It is the biggest offshore oil and gas company in the world and the largest company by revenue in the Nordic Region. The company is a fully-integrated petroleum company with production operations in thirteen countries and retail operations in eight. 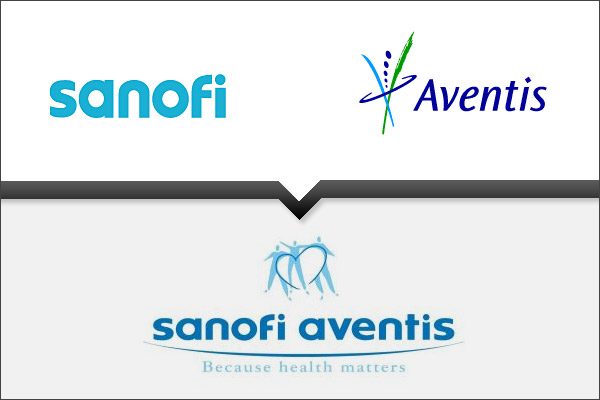 Sanofi-Aventis, headquartered in Paris, France, is a multinational pharmaceutical company, the world’s fourth-largest by prescription sales. The company engages in the research and development, manufacturing and marketing of pharmaceutical products for sale principally in the prescription market, but the firm also develops over-the-counter medication. Sanofi-Aventis was formed in 2004 when Sanofi-Synthélabo acquired Aventis. 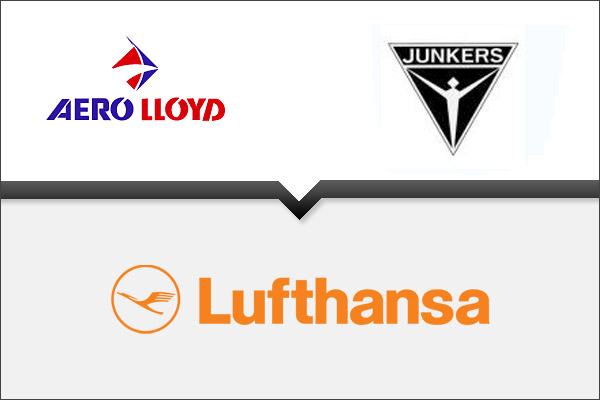 Lufthansa is the largest airline in Europe in terms of overall passengers carried. The name of the company is derived from Luft (the German word for “air”), and Hansa (after Hanseatic League, the powerful medieval trading group). The company was founded on January 6, 1926 in Berlin, following a merger between “Deutsche Aero Lloyd” (DAL) and “Junkers Luftverkehr”. The company’s original name was Deutsche Luft Hansa Aktiengesellschaft. Lufthansa, as one word, has been used since 1933. 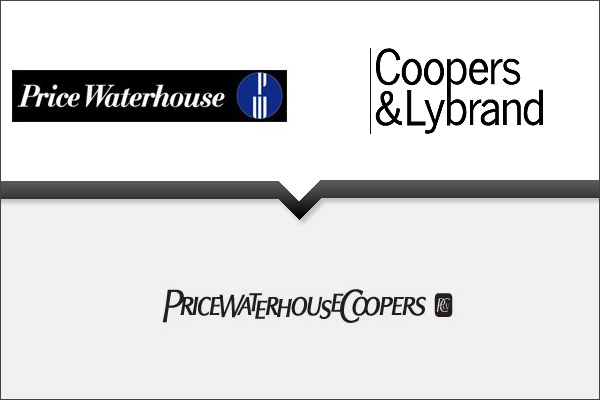 21 thoughts on “The Evolution Of Company Logos After A Merger”