Loss of a friend

Comrades, friends, and family repatriate the bodies of five British soldiers in a ceremony at Wootton Bassett in southern England. 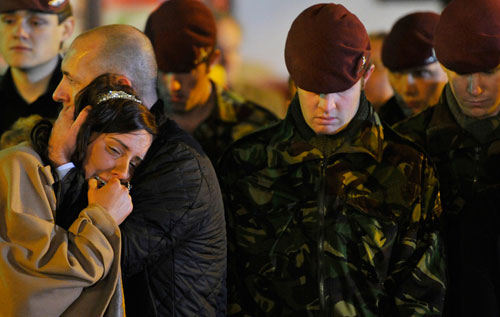 The son of a fallen marine tries to keep it together as he is handed the American flag on May 18th, 2007. One of the most touching photos I’ve ever seen. 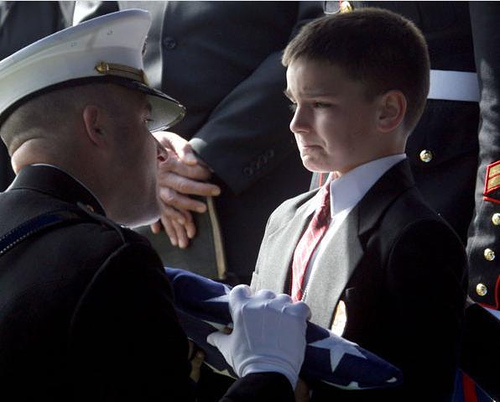 Children stand in the ruins of their hometown, Zhusdra. This town was occupied by Germans, all buildings were destroyed and all employable people were sent to Germany. 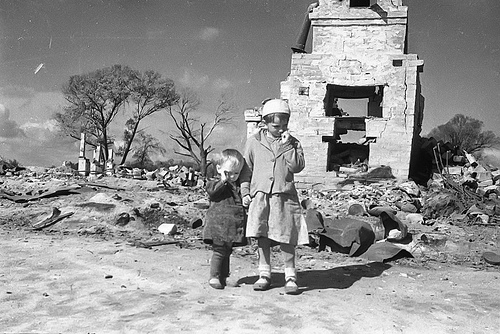 This loyal dog refuses to leave the side of Navy Seal Jon Tumilson during his funeral. The heartbreaking photo taken by his cousin, Lisa Pembleton, and it shows Tumilson’s dog Hawkeye lying by the casket. 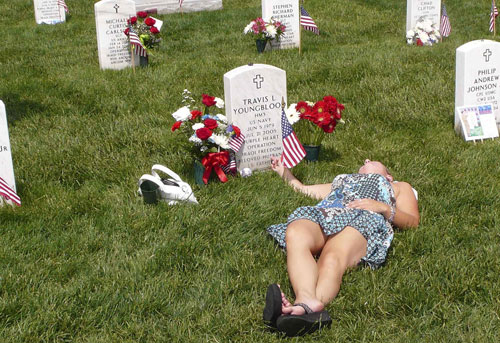 Portrait of his son

Joe Landaker poses at his home in Big Bear City, Calif., with a portrait of his son, Jared, a Marine helicopter pilot who died on his last mission in Iraq. Landaker is among more than 300 volunteers who honor veterans buried in Riverside National Cemetery by reading their names leading up to Memorial Day each year.

Australian engineers carry the casket of their colleague Corporal Richard Atkinson who was killed by an improvised explosive device during a joint patrol with the Afghan National Army in the Tangi Valley. 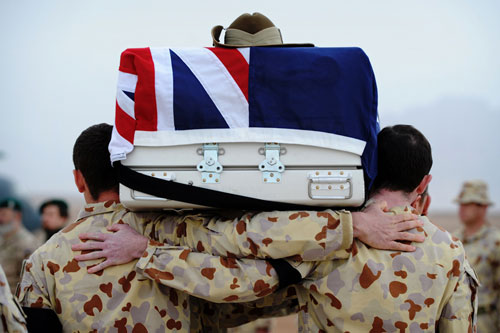 A survivor of the Hutu death camp in Rwanda is scarred for life. A really captivating photo shot by James Nachtwey. 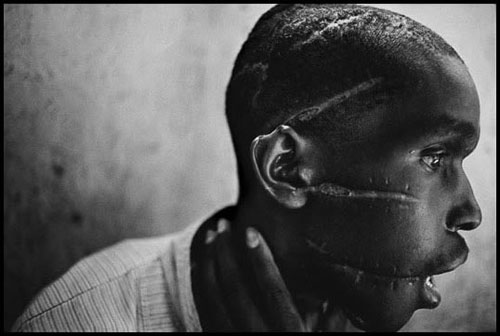 Women and children crouch in a muddy canal as they take cover from intense Viet Cong fire at Bao Trai, about 20 miles west of Saigon, Vietnam. 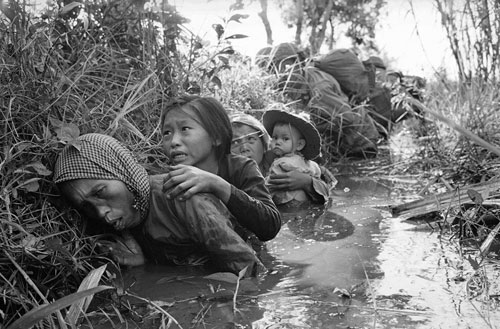 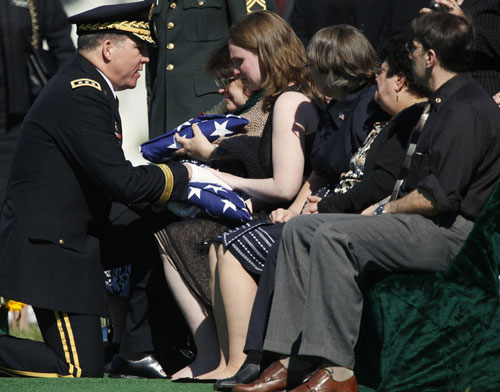 An Afghan mourns the deaths of civilians in a NATO raid in Khogyani district of Nangarhar province. Afghan officials accused NATO forces of killing a family of six in an airstrike, a day after President Hamid Karzai said 50 innocent people had died in aerial attacks nearby.

Medic James E. Callahan of Pittsfield, Mass., looks up while applying mouth-to-mouth resuscitation to a seriously wounded soldier north of Saigon in June 1967. 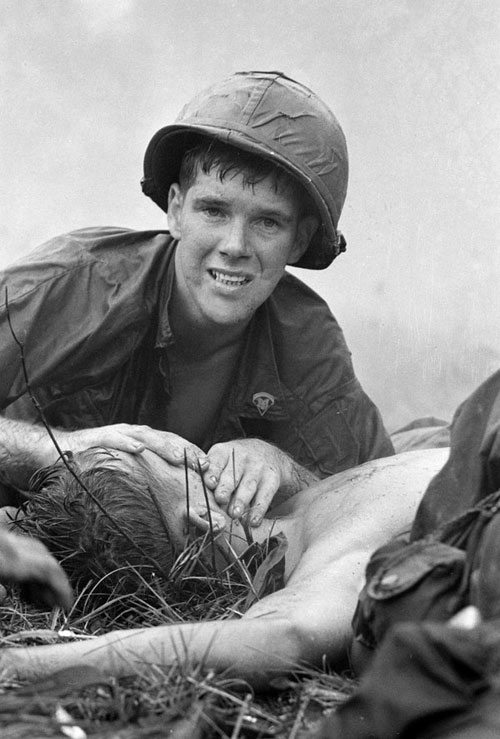 An Iraqi man comforts his 4-year-old son at a regroupment center for POWs of the 101st Airborne Division near An Najaf. The man was seized in An Najaf with his son and the U.S. military did not want to separate father and son. Jean-Marc Bouju won the World Press Photo of the Year Award in 2003 with this touching photo.

4 thoughts on “Touching Photography From The Dark Side Of War”